Thanks to John Murphy for putting on a great Gruntz game at Pacificon this last weekend in Santa Clara, California.

It sounds like they had a good time with a Rebels vs Alliance game with models from various manufacturers used including Rebel Minis, GZG and Khurasan.   They used the Beta version of the Barracks application to create the forces for the game which allowed them to print the cards for easy use by the players attending the show.

I really wish I had the funds to attend some international shows with Gruntz at Gencon last Month and now Pacificon. It would certainly be a fun trip with a visit over to the West Coast for Pacifcon.  Next year I really hope to get to at least one international show in person!

These last two weeks I have been on a personal vacation to Ireland but managed to continue to use downtime in the evenings and use the laptop for continued updates to the 1.1 rules.  This weekend it will be sent in draft format to a few people for proof reading before printing and upload to the Wargames Vault. This should coincide with the launch of the final Barracks application to allow players to create forces and print the profile cards for ease of game setup. 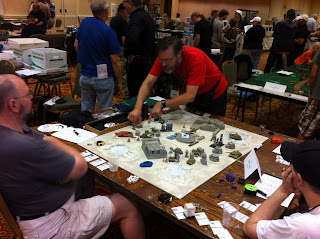 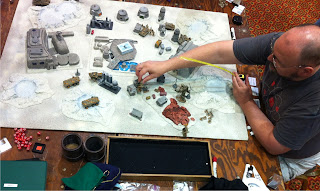 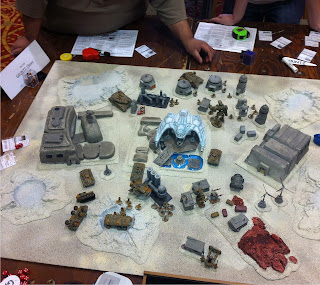