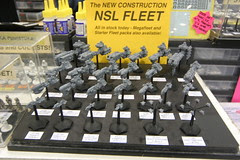 GZG NSL Fleet
Originally uploaded by inrepose
Next weekend I have a couple of gaming events coming up. First off I am joining a Full Thrust space ship combat game in Bognor Regis on Saturday, followed by a wargames convention in Tonbridge called Cavalier on the Sunday.

I used to attend Cavalier when the venue was a school, which was a few years ago and it is about time I gave it another visit in the new Angel centre venue. http://www.twws.org.uk/cavalier2011.htm

There are a some good traders attending including Black Hat who do the 18mm scale Martian Empires miniatures http://www.blackhat.co.uk/online_shop/index.php?cPath=107_110&osCsid=cd5f9d9dd7a2617c69ce026bb4c06922

For my Full Thrust game on Saturday I will be pulling out my old Full Thrust Federal Stats Europa (FSE) fleet and possibly dropping in a couple of my "With Hostile Intent" miniatures. My fleet is the earlier MKI Full Thrust from the 90's (and painted in the 90's) and I think the newer models which Jon at GZG re-sculpted are nicer than these ones.  I think I can now paint better than these early examples. I can't actually remember when I painted them but possibly 1997.

These are the core of my FSE star fleet: 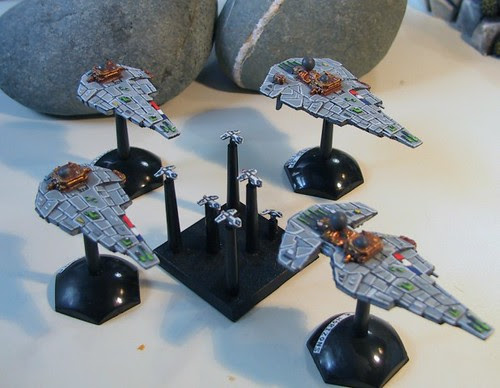 This is my carrier. 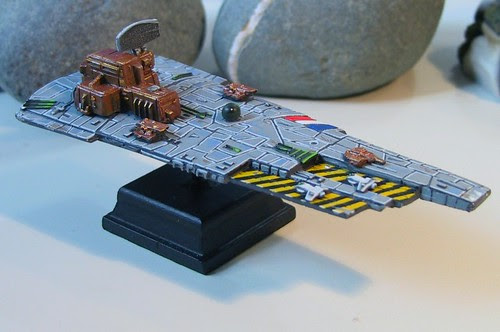 My newer Ninja Magic "With Hostile Intent" Miniatures are now based on a combination of the Ground Zero Games large hex's and the Ninja Magic magnetic adapters.  In this photo you can also see a couple of Zandris IV models which are star ship models which look a little like the Homeworld computer game.

I have yet to create some Full Thrust statistics for these models and after a quick web search I have found some nice Adobe Illustrator icon / graphics templates for Full Thrust on the Spinward Stars website. Once I have them created I will share the details. 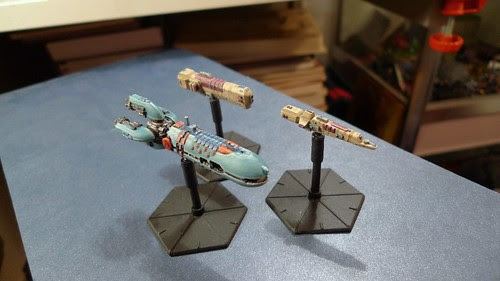 Example videos of how I painted these miniatures can be found on my youtube channel. 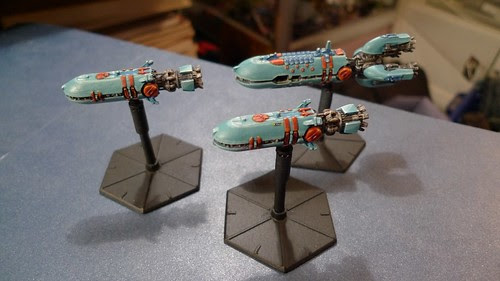