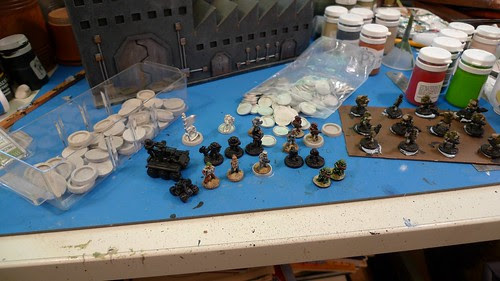 Here are two different options I use for basing 15mm figures. Old Crow make two kinds of base, the first is a smallish resin base which is a max of 17mm across and the metal base is just shy of 15mm diameter. In my view the finer and heavier metal base is superior to the resin one because it is a little smaller which looks right for 15mm models, it adds some great weight to prevent topple which in addition to the bases already on a GZG model makes for a very stable base. The lip is also great because once slotted in, you can texture with pumice gel or PVA and sand leaving a continuous smooth surface. You won't get the rounded bump lip you would if you mounted the GZG bases onto washers or coins that are not exactly the same size as the model base. 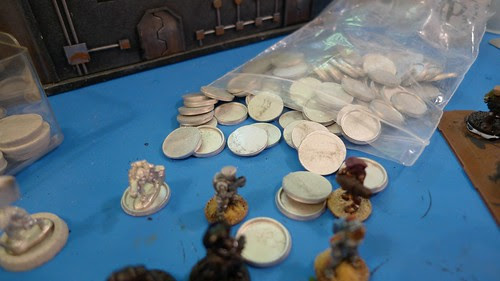 The GZG model is resting in the metal base here and the two old Traveller models are just mounted on washers for weight. I will need to transfer them over to the newer metal Old Crow bases to keep them in line with the rest of the models.

The Kravak are already mounted in the metal 15mm size bases and have been undercoated black. 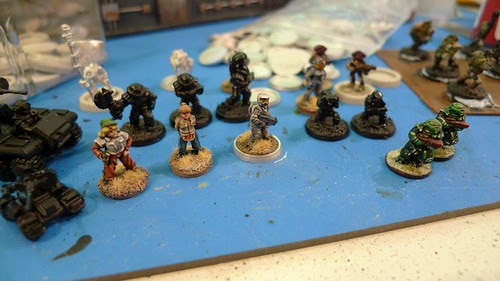 You can see how snug the GZG bases fit into the resin Old Crow Models bases. 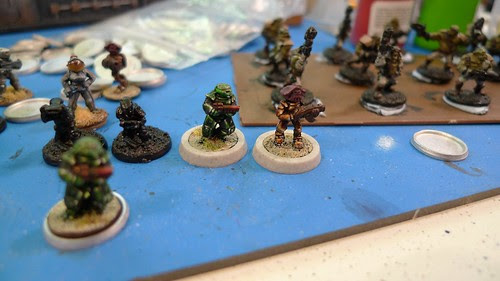 These work in progress Fifth Element models from GZG are on larger bases which do not fit into the Old Crow bases. 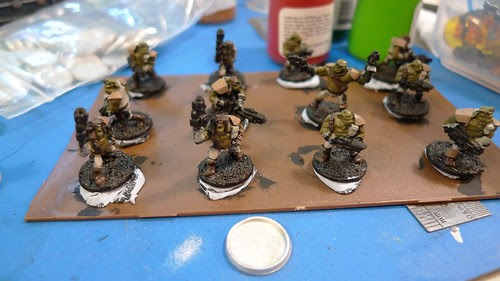