I had a fun game this Saturday with Jonathan Rogers and Simon Moules.  Had to get the gas heater on in the garage because of the cold but we managed to stay warm enough to roll dice and push models around. The Pizza break also helped with the cold.

The Gruntz 15mm SCI-FI game was played on my small 3x3ft terrain table which I normally take to shows as a demo table. If we are not using many vehicles it is a good size, however for a larger game I prefer the 6x4ft size to give armour and grav skimmer type vehicles more room for manoeuvre.

On around turn 3 I appeared to have the advantage but lost my APC after I had loaded it with my droid unit. It suffered a catastrophic engine failure when destroyed and the Droids perished with it. At that point I resorted to mostly just pounding Jon's NeoSov forces with my mortar from a distance and indirectly. It was a bloody game and I think ultimately that the East Hydadum forces held the ground before the NeoSov's withdrew.  I was successful in holding up his main powered armour unit by suppressing them each round which really slowed their progress. 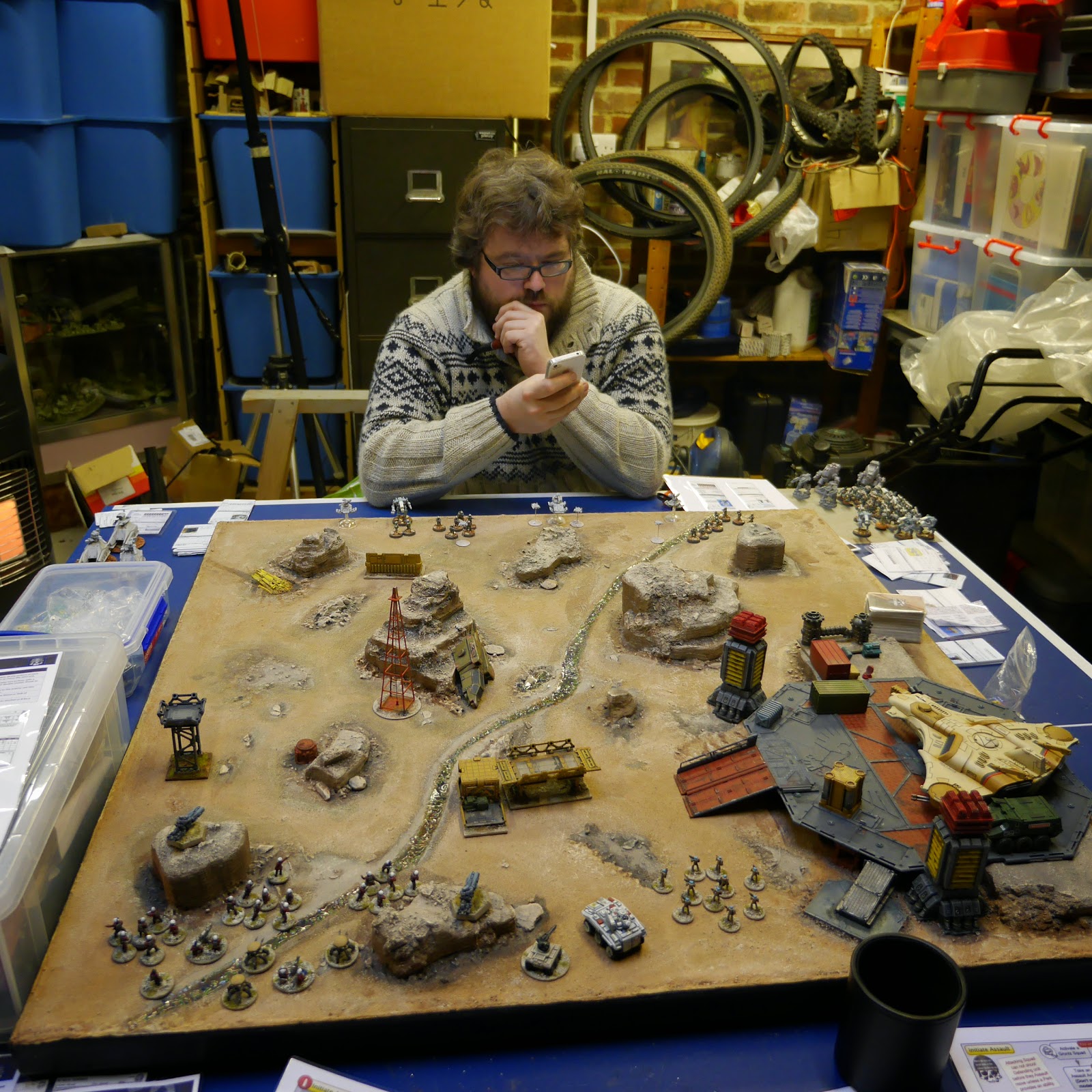 Here we are setting up with Jon checking his mobile. 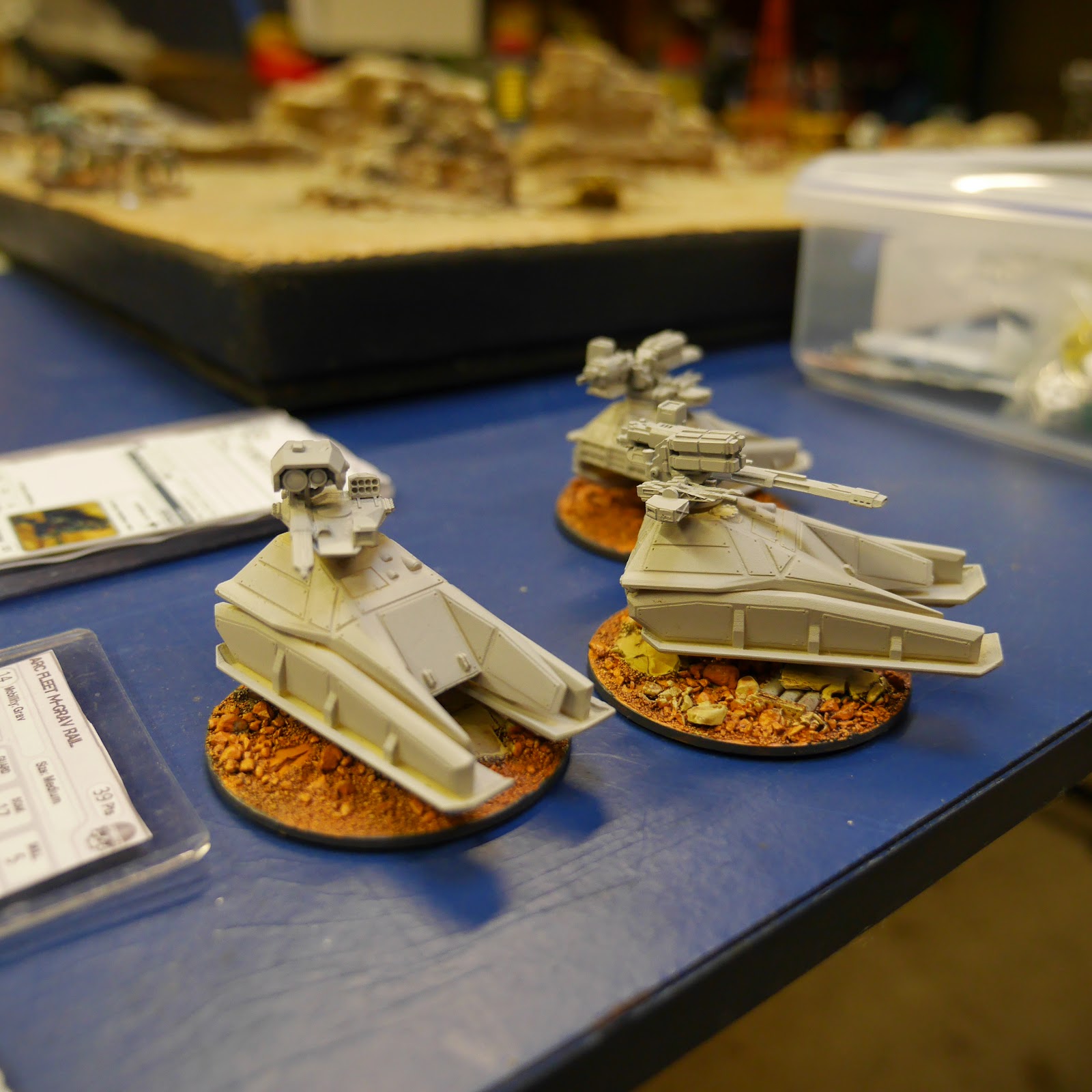 These did not come into play but Jon wanted to show his work in progress on his Grav Skimmers from Antenocitis workshop. He has made various kit bash modifications to the turrets. 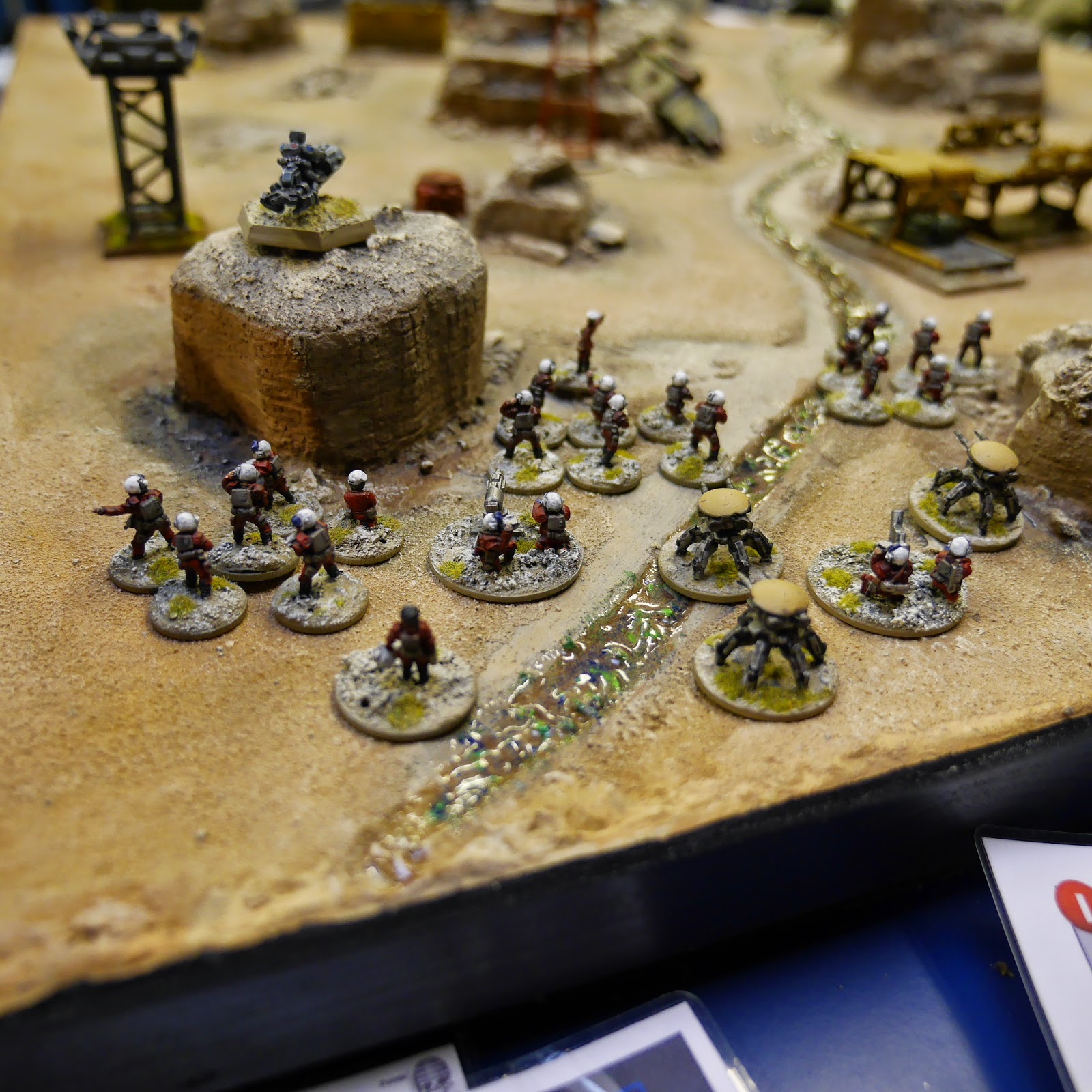 This is my East Hyadum Trade force.  A High Energy Laser specialist, a Mortar an a mix of Gruntz squads all from Ground Zero Games (GZG.COM) 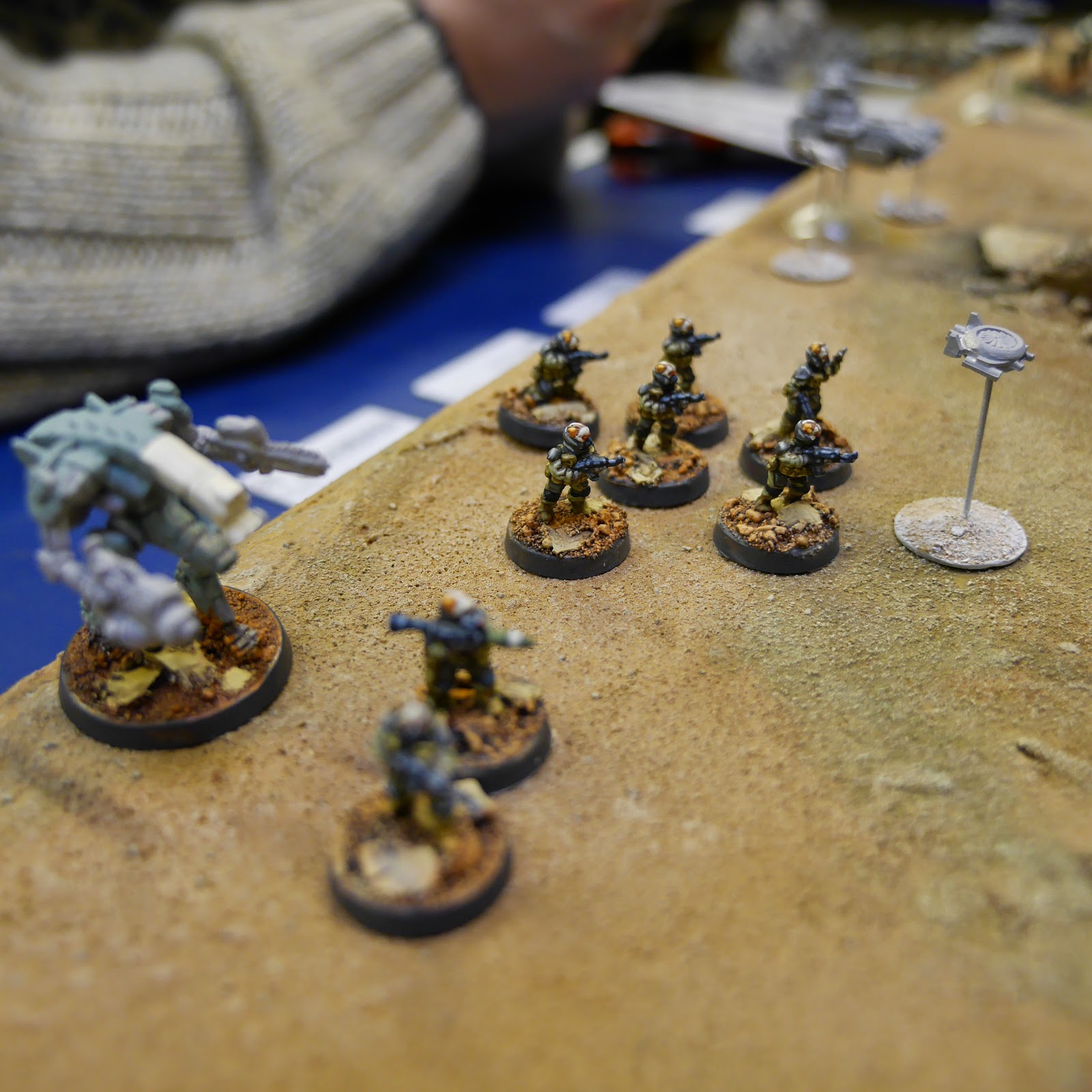 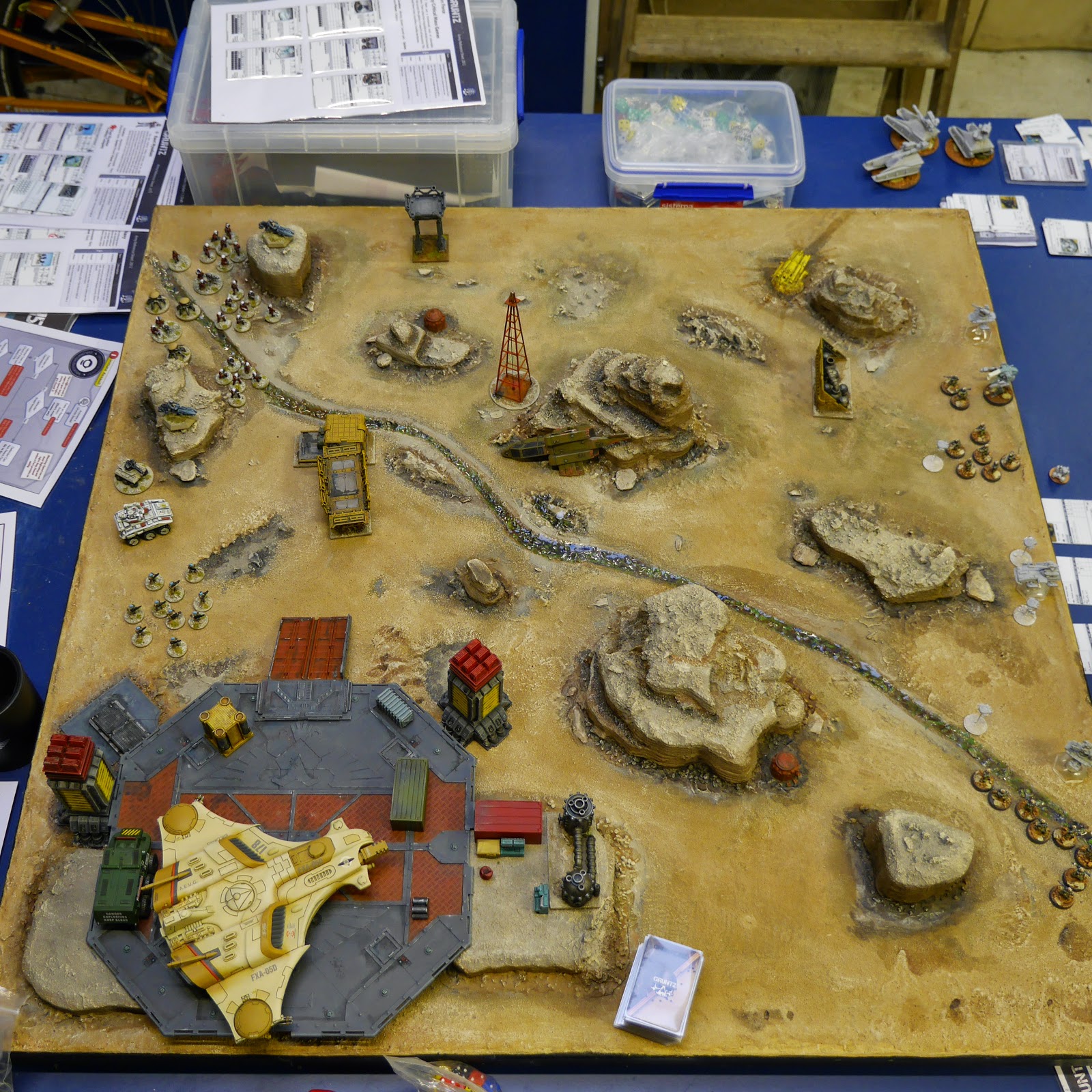 The full 3x3ft layout aerial view.  Having the stack like hills in place gives even a small board plenty of places for tactical movement. 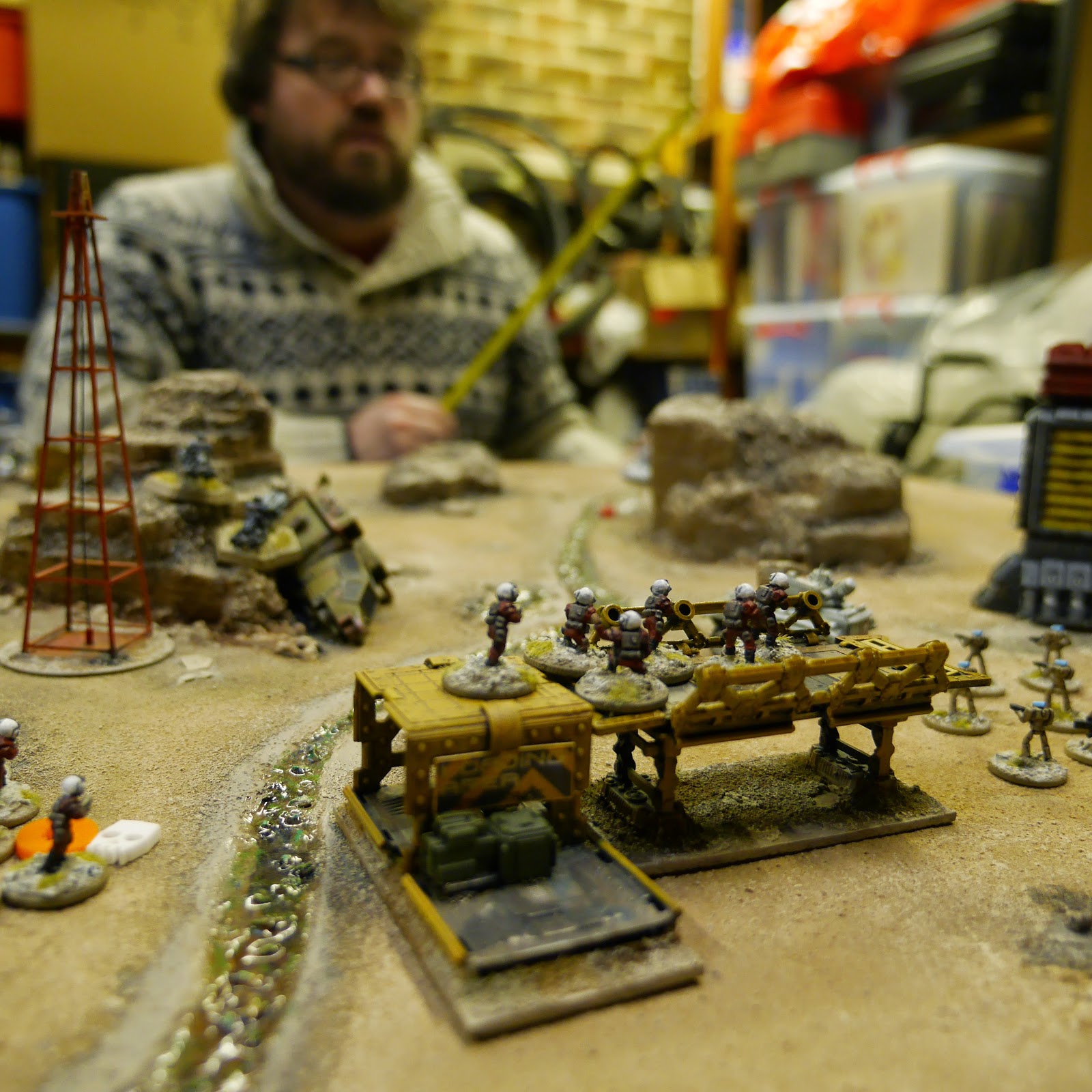 An early move got these troops into cover. 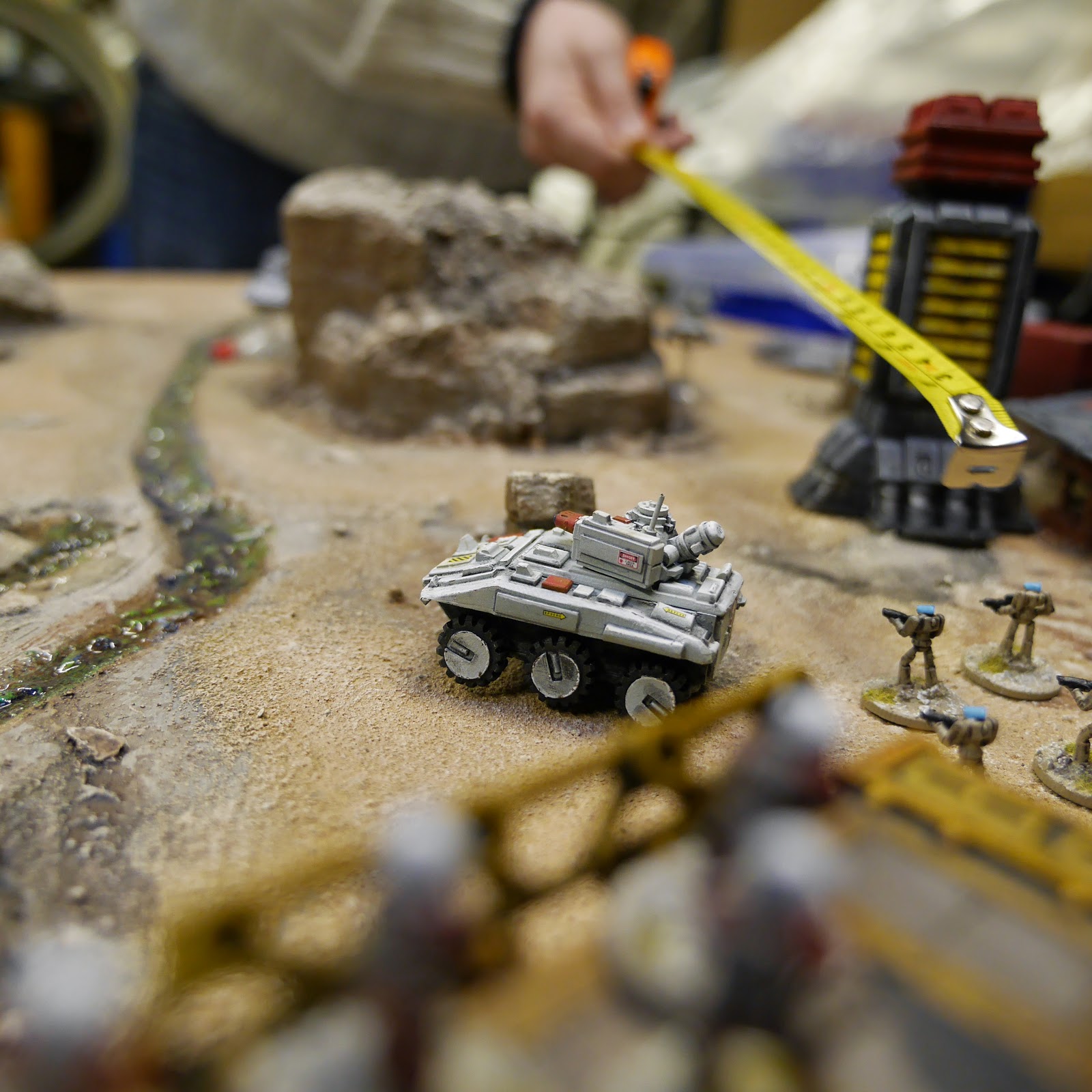 This is a GZG APC which I have modified with a plasma turret and a couple of extra bits. 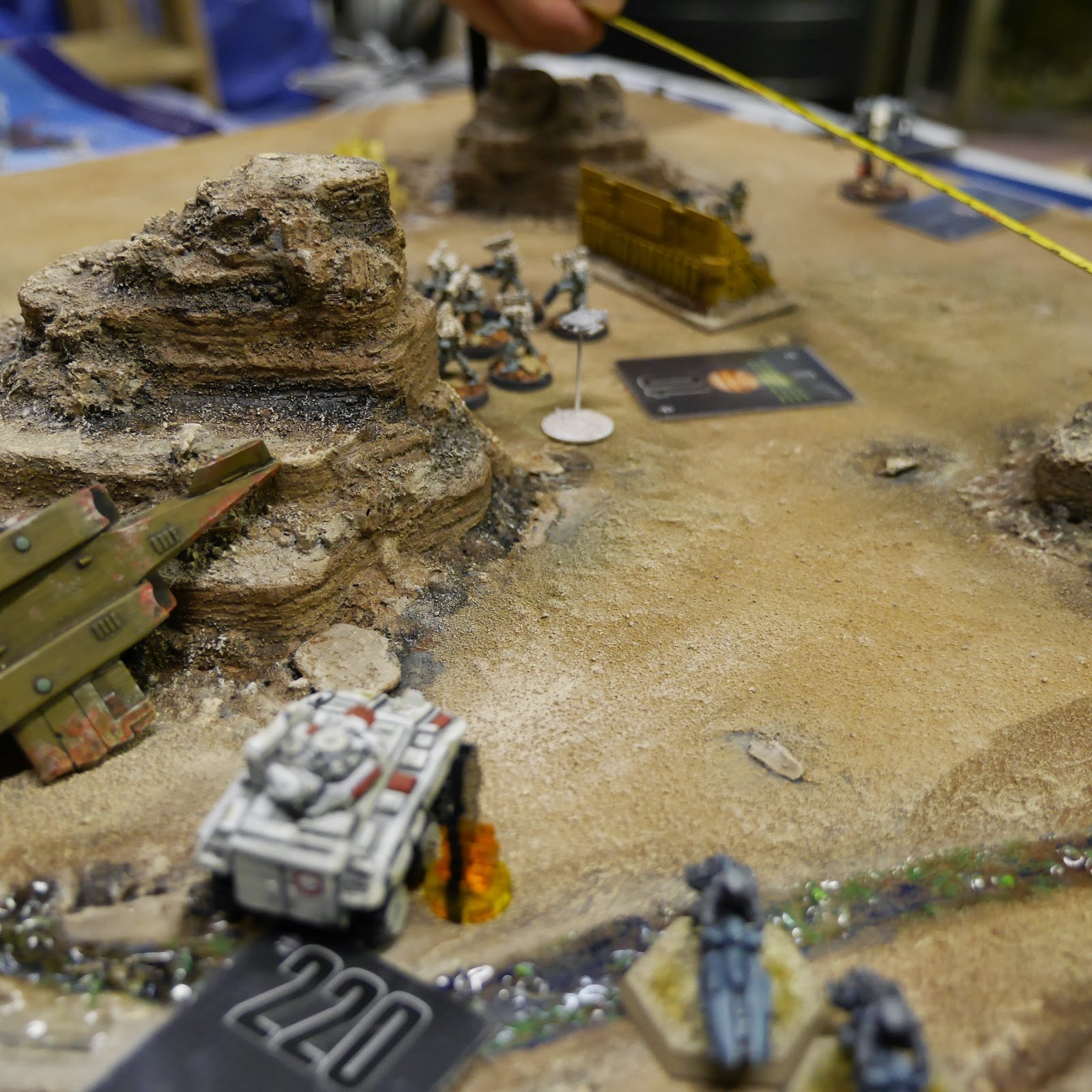 You can see for speed of play I had 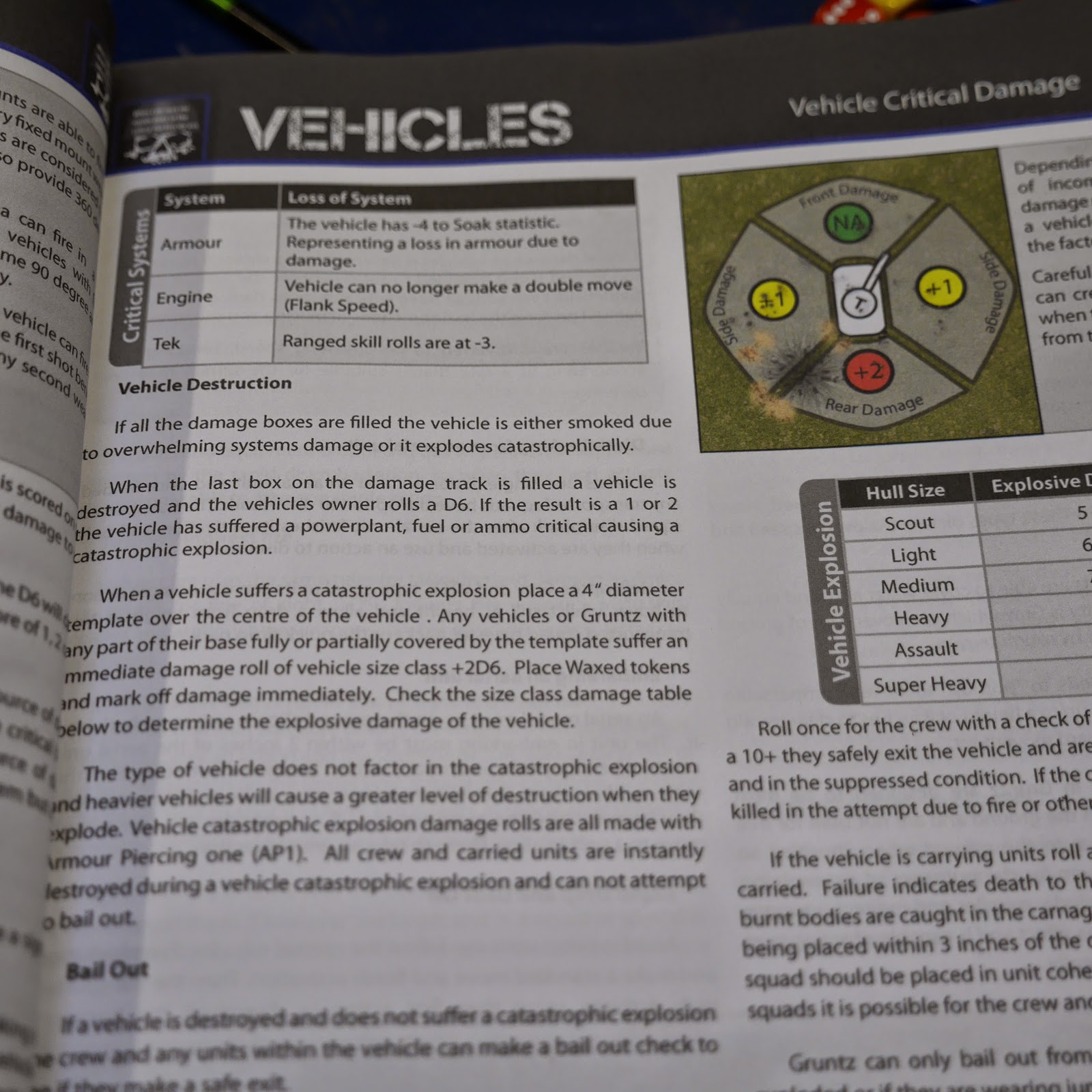 I wrote Gruntz but I still need to check the rule book! I was reminding myself that a rear shot on my APC was going to get a +2 damage on the damage roll in the rear arc. 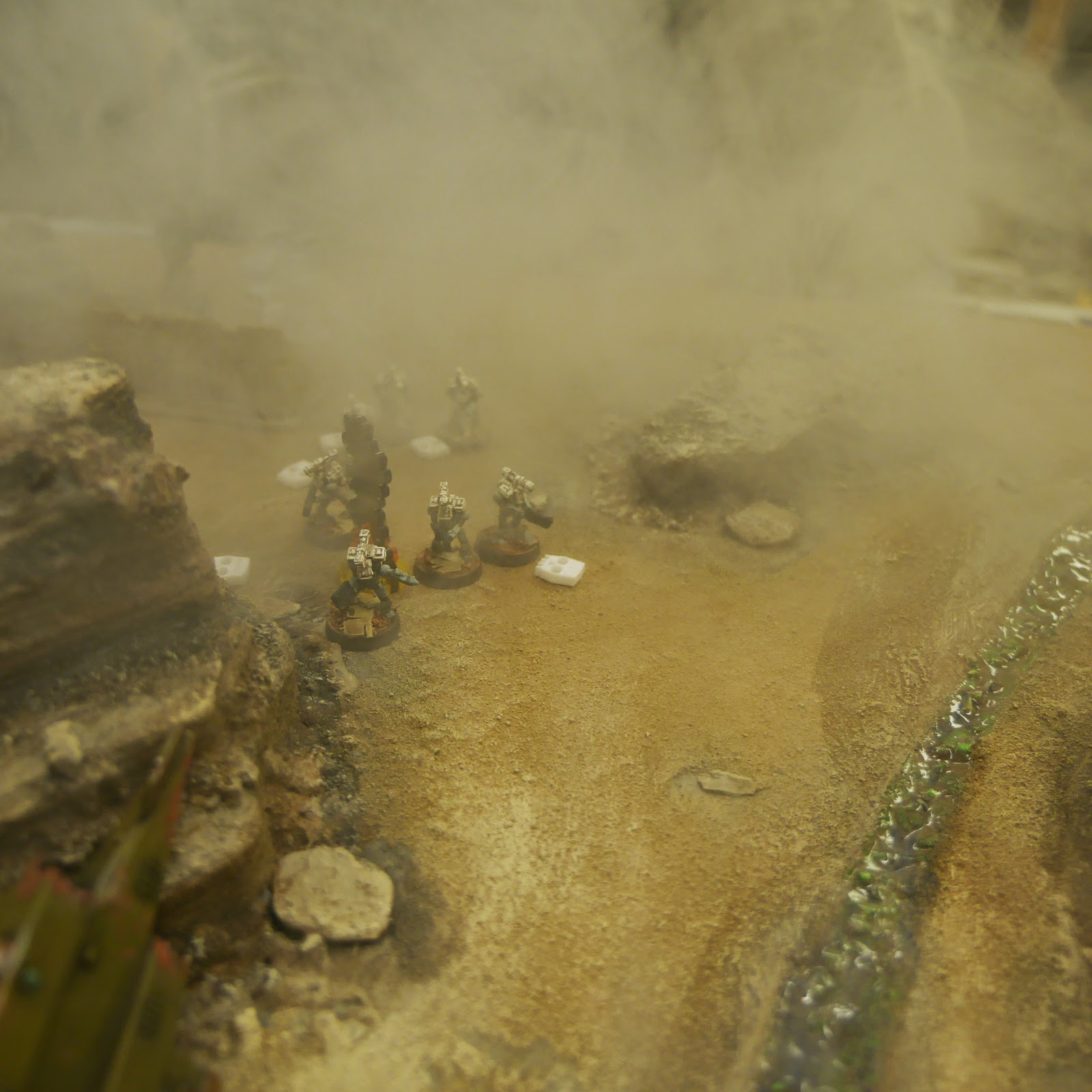 Water vaper blown over the board to give it a smoke filled look for the photo.  Jons Khurasan Power armour troops are modified by using a robotic style head. 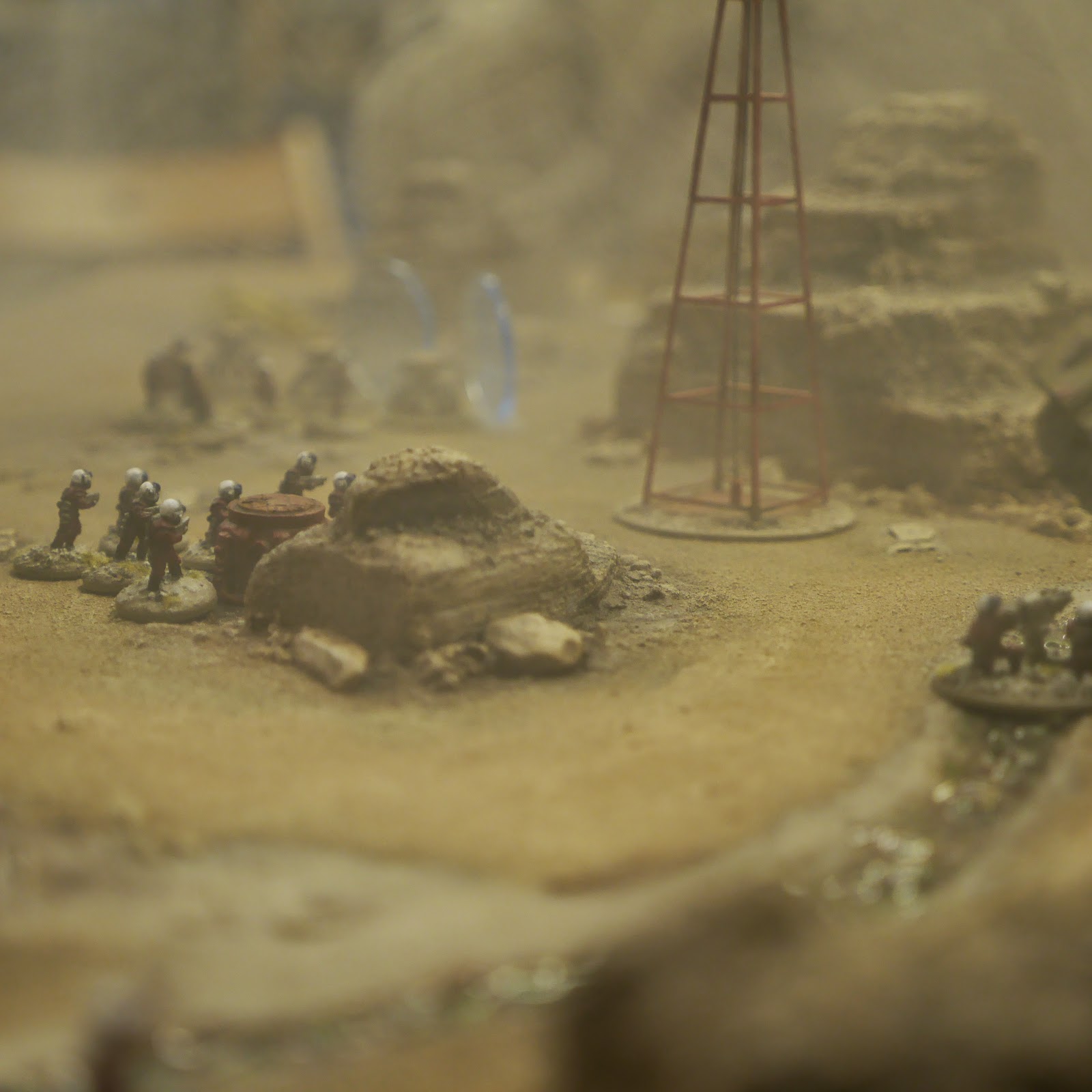 In the distance you can see my shielded Spider droids held the line with their force shields in position. 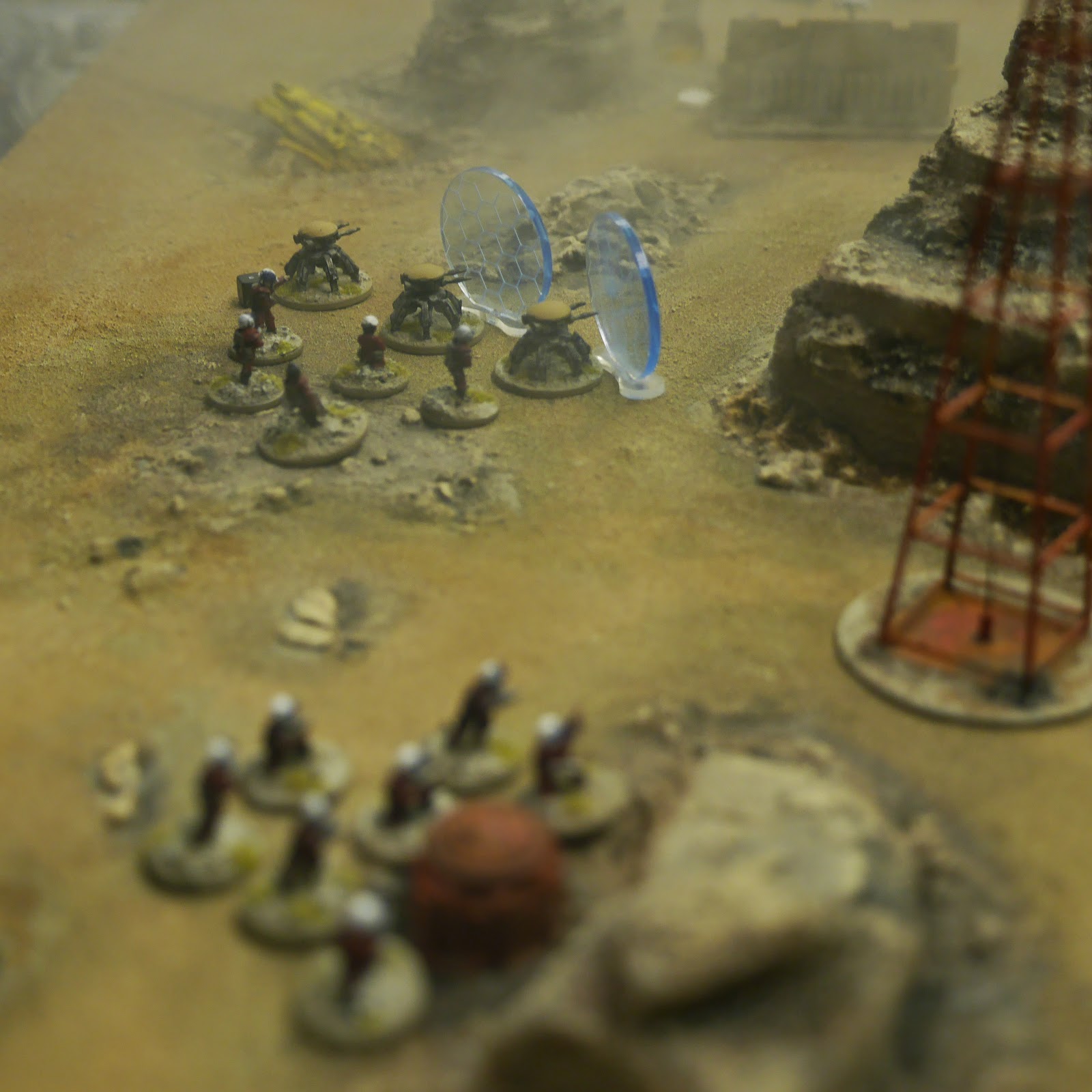 One of the Spider Droids shields has been over powered. 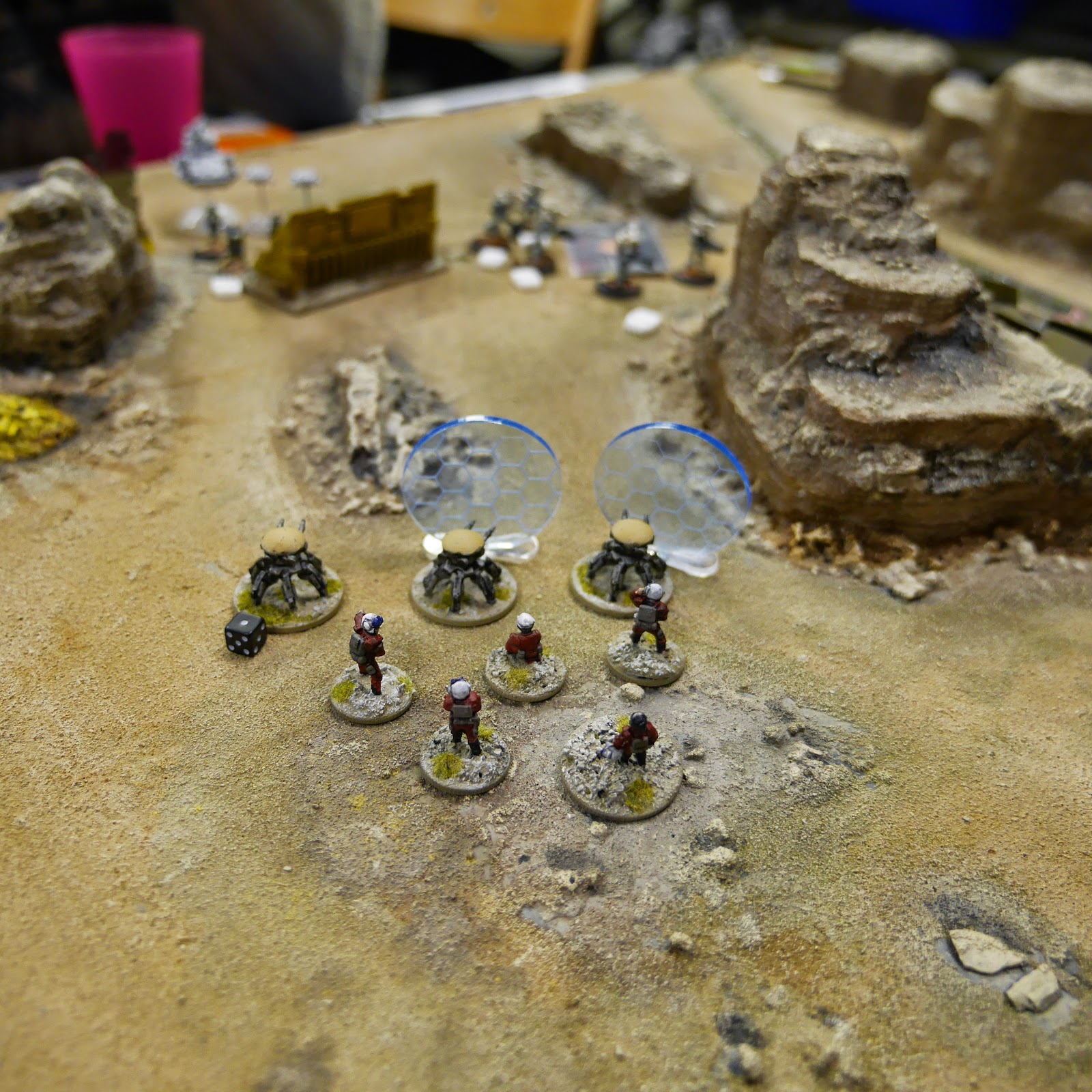 Making use of the shielding provided by the Droids giving the troops an added screen. 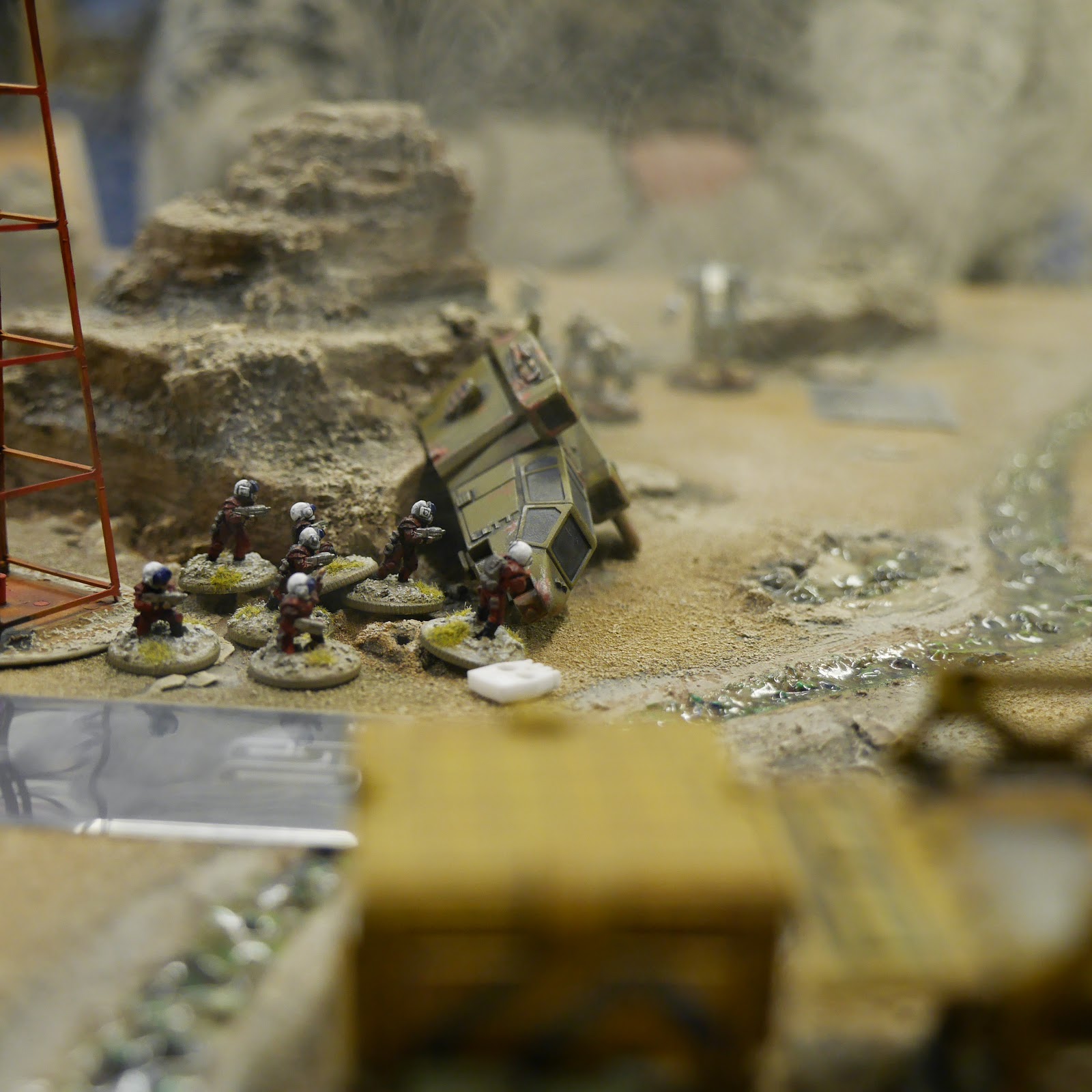 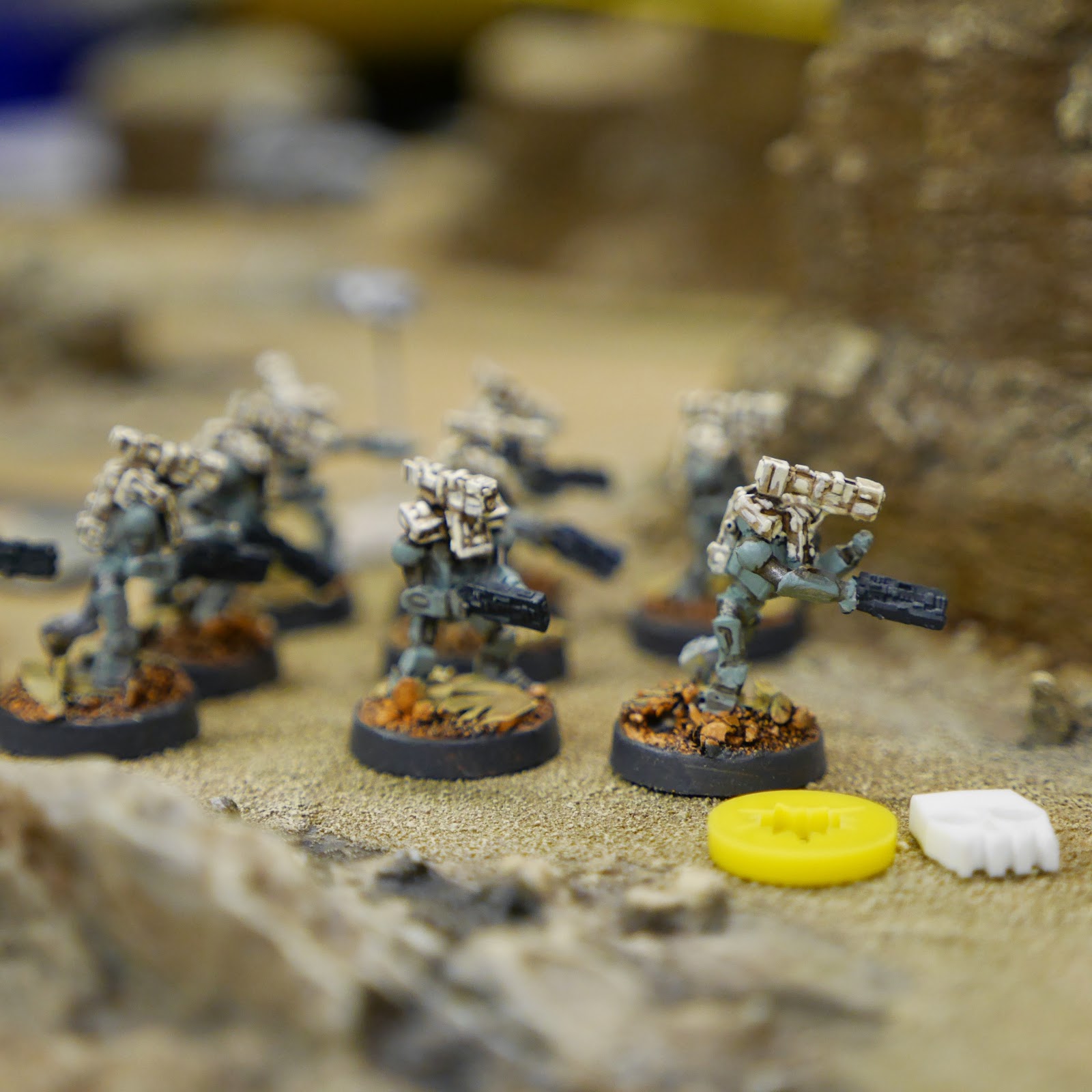 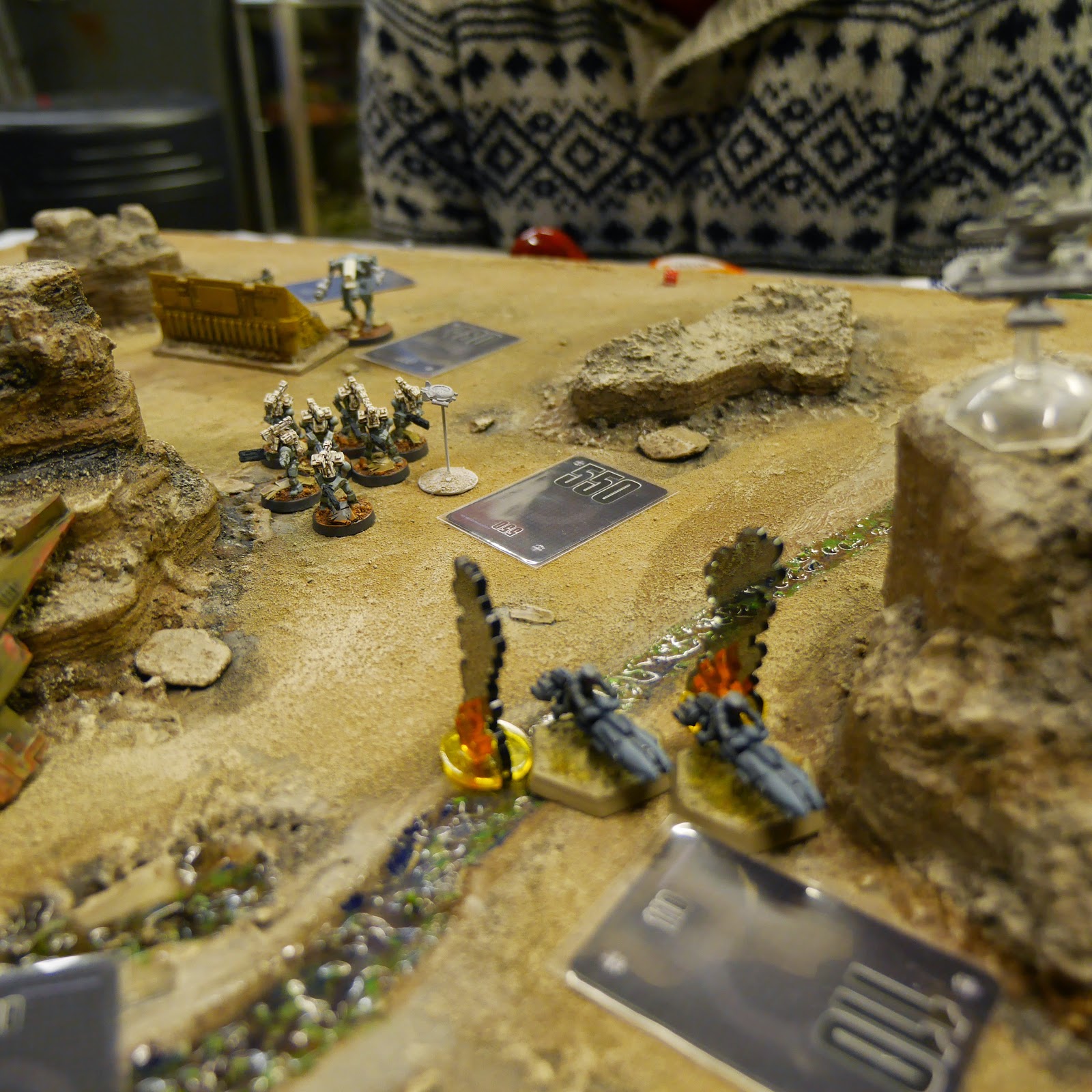 My GZG skimmer grav bikes were able to put pressure on troops quickly with their fast movement but they were a little fragile and were soon wiped out. 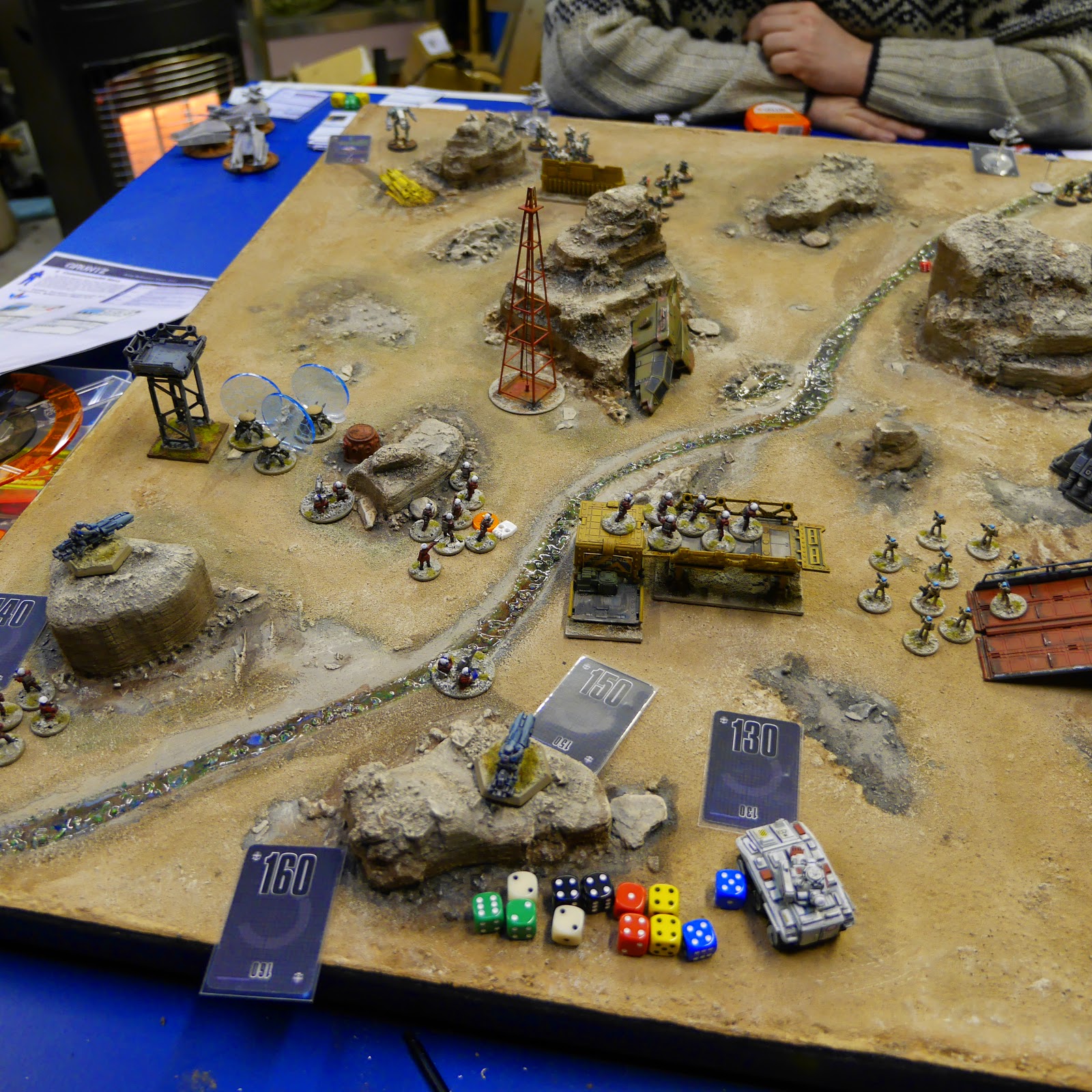 Cards placed for Card activation using the Gruntz activation cards which can be bought on Wargames Vault It added a chaotic feel with random activation of units between players. 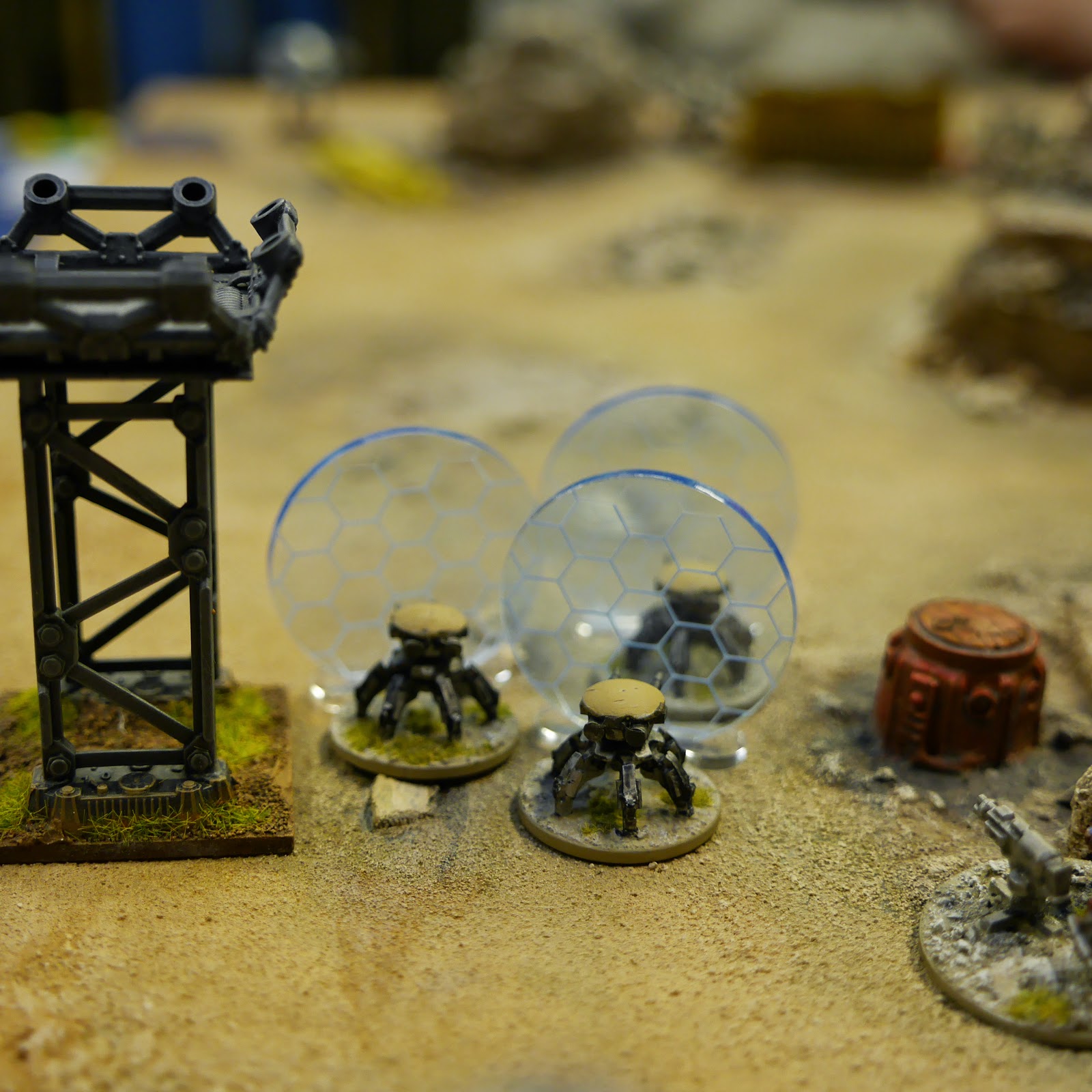 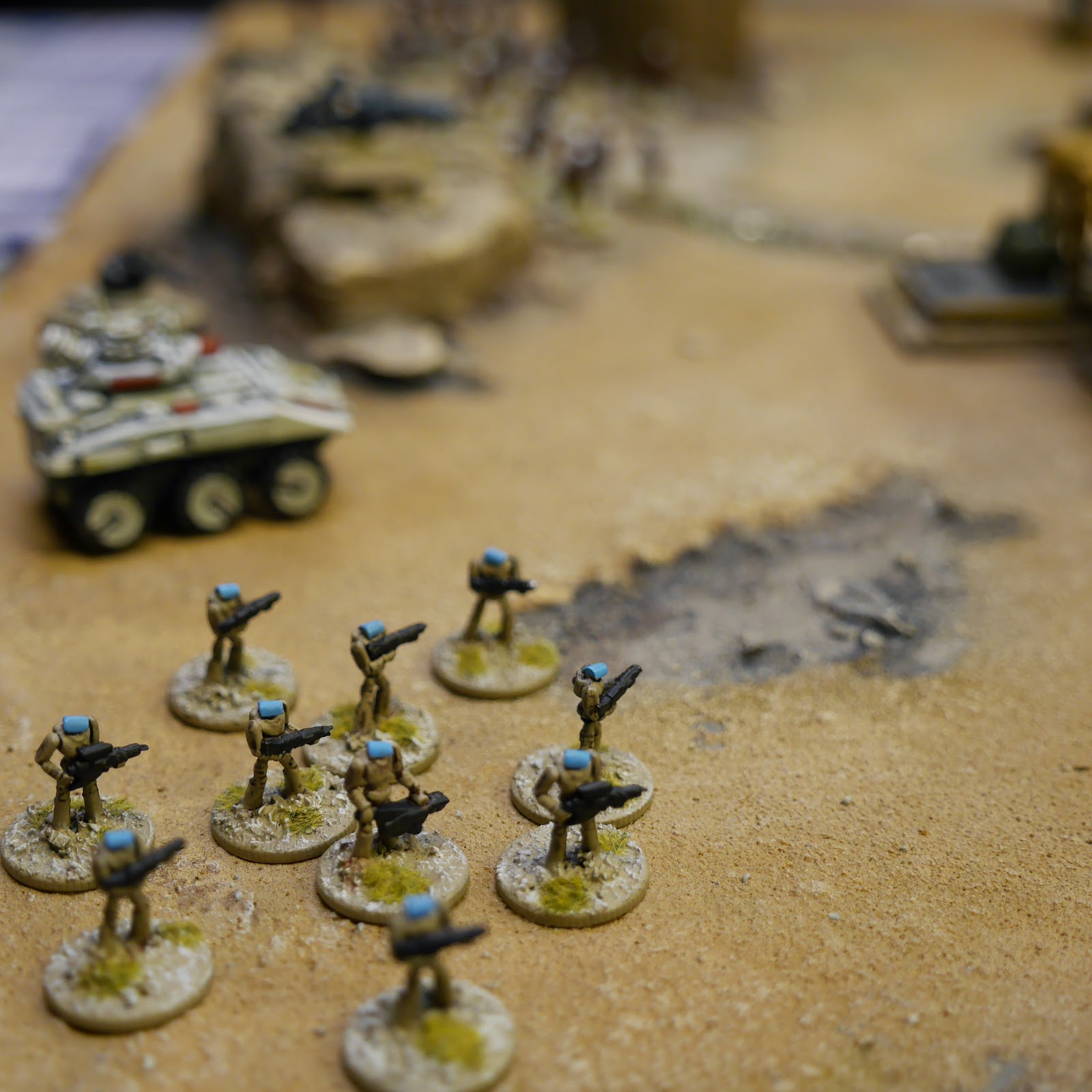 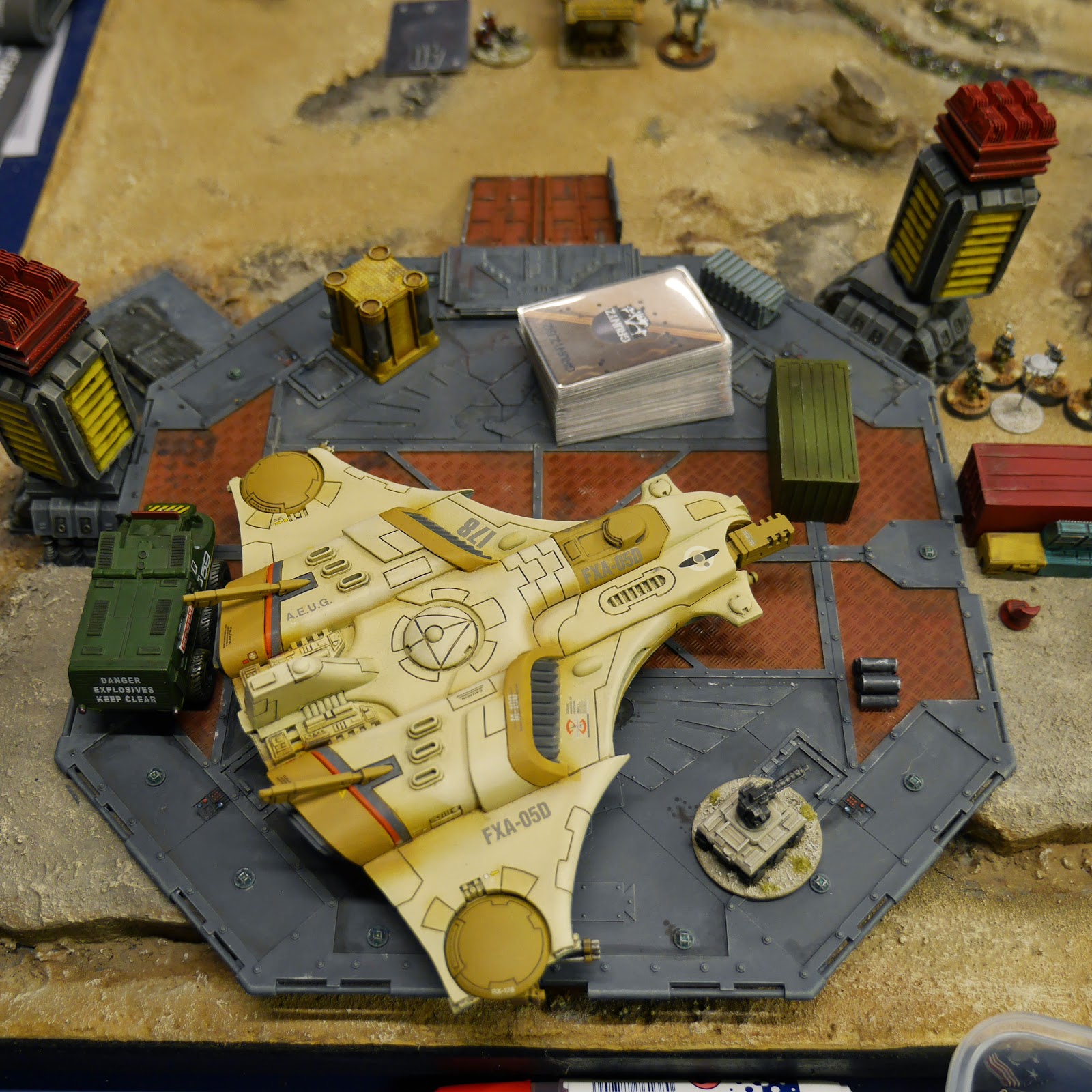