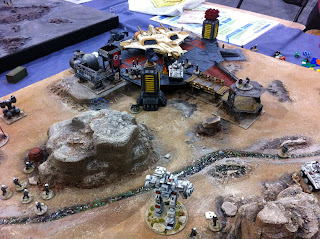 Please accept an apology before you view this show video for the 15mm wargaming at Salute and Gruntz. I was very short on time and running demos with the team, which resulted in me having very little time for video and as a result I rushed around and did not take enough time to slow my filming down. If you want to avoid feeling like you are watching Blair Witch, you might find pausing the youtube video helps!

Thanks to Matthew (Wikkid-Devil), Matthew (Comstar), Russell, Simon and the Panda for the help on Saturday. It really was very busy and hard work keeping up with the games.

Once you get through my shaky video there are two new items at the end, I have images of the new Mecha from Ground Zero Games (GZG) and a new Alien race and Mecha on the Critical Mass Games site. Salute was a great day for 15mm this year, it really does feel like it is coming into its own and I am sure there will be more 15mm sci-fi at the show next year.

As usual it was a pain getting in and out of Salute. Long queues and staged parking, where you have to stop, park get a form stamped in one box outside, before you can join another queue in the car. I  certainly started to think that setting up on the day before would be beneficial and take some of the rush out of the day.

I don't have much to say about the show because I had a total of about 20mins in two separate runs around to explore. I only bought a couple of items from GZG and picked up some Colonial miniatures from Peter Pig. I also found some nice steampunk 20/15mm tanks (sculpted by Old Crow). I will share some photos of these with a Rottenlead wrap up of all the latest 15mm news soon. 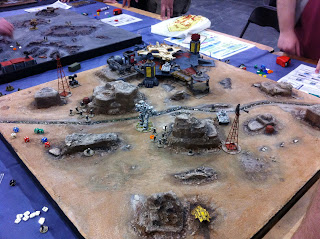 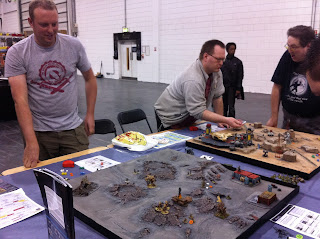 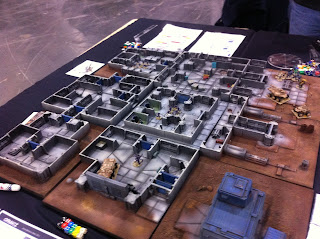 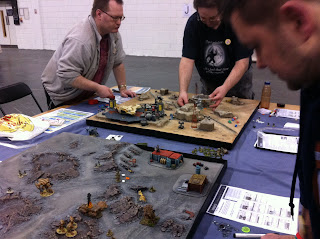