This Sunday I took the Gruntz 15mm game to one of the best sci-fi, historical and fantasy Wargames conventions in the South East. Running since 1971 (when I was born), it is a relaxed show, with easy access in South London and worth making the effort to attend with some great traders and games. I have been attending since the early 90's and still get that same Wargames show buzz on every visit.

The Gruntz 15mm games played well and we managed three sessions which took between 45mins and 1hr 20. This depended on the players and how rapidly the players were pushing for the objective and the general chat during game. Jon from GZG gave us some excellent 15mm prize packs for the winning player of every game and some troop packs for players that took part.

Just after setting up the small 3x3 demo table 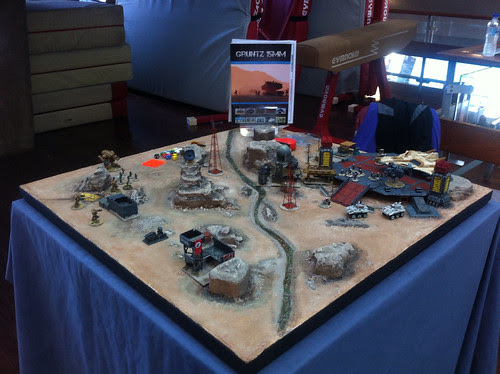 The scenario was very simple to provide an easy intro to the game. I had some forces from the Gruntz "Heliopause" setting called "The East Hyadym Trade Company". The EHTC were represented with NAC models from GZG and were painted in a colonial red and white scheme. The EHTC were defending a frontier planet outpost and launch pad.   The alien enemies were Protolene models from Critical Mass Games and they had the slight edge on the defenders with a large Marok walker with dual plasma heavy arm weapons.  The defending EHTC had two APC support vehicles which were GZG hi-mobility models. One was fitted with an anti-infantry automatic weapon and the second had a single plasma cannon.  At the start of the game one of the APC's had a squad of EHTC troops already embarked and the second had the Specialist heavy weapons team loaded and ready to be driven to an ideal vantage point to provide covering fire.

During the third game the defending EHTC player Jonathan, made a great move with the heavy weapons team by driving up the ramp on the launch pad and letting them disembark into a good defending location on the edge of the platform.

The games played well and I was really pleased to meet many of the game followers who popped by to say hello. Thanks also to Ben for helping me out on the day.
Here are a few snaps with notes.

Edit: Thanks for the comments on the miniature names. I got my manga mixed up and need to watch Bubblegum crisis, so I can recognise the models.

Spider Droids from GZG with shield up face some Protolene walkers. All three spider droids focused laser fire on a single walker which was smoked. The remaining two turned tail and ran to follow the main force on their following activation. 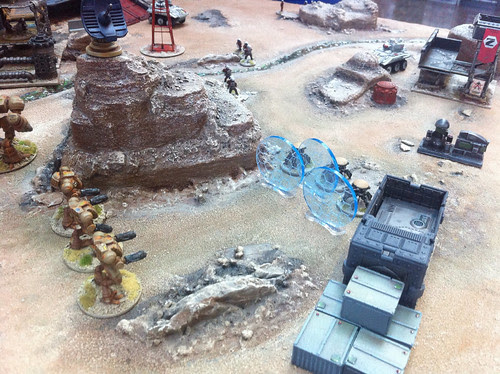 The starting location on the third game. 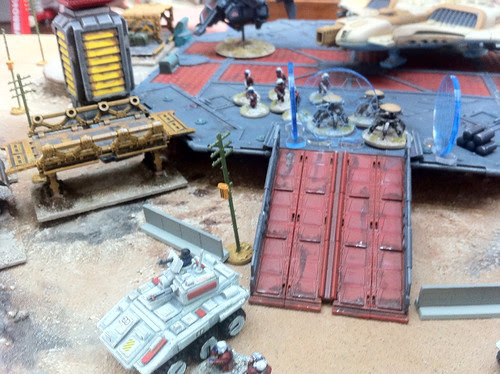 Crowds begin to gather on the balcony at the sports centre venue. 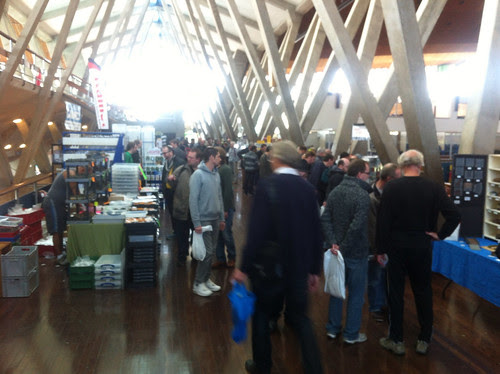 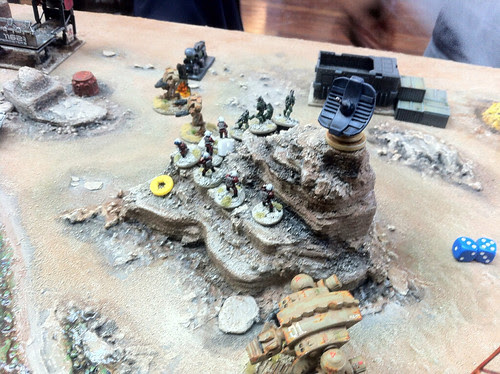 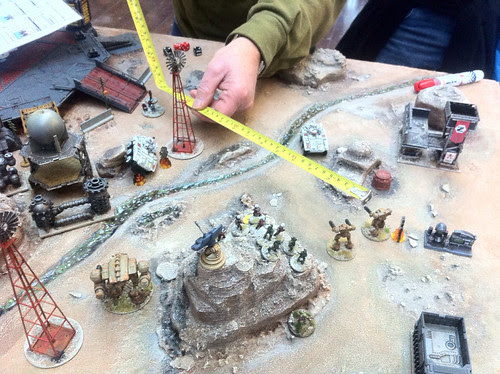 Protolene closing in on the launch pad 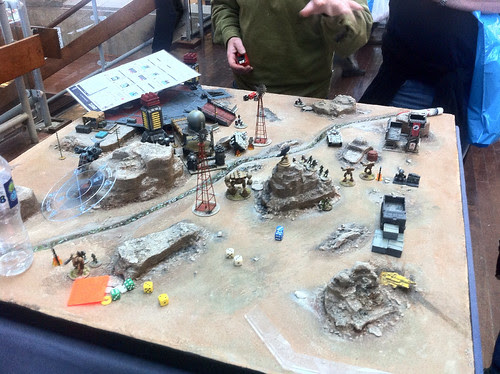 The last few moments for the East Hyadum Trade forces. Both vehicles are smoked. 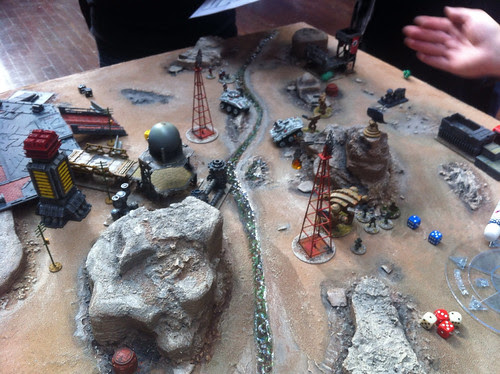 Some game chat and pre-measuring. 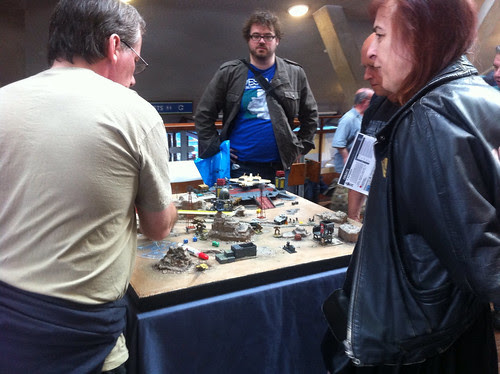 2nd game and they fight to the last. Protolene win 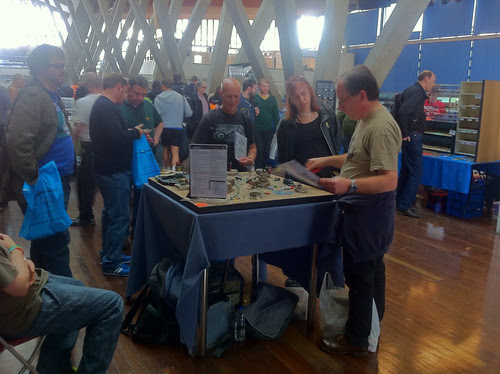 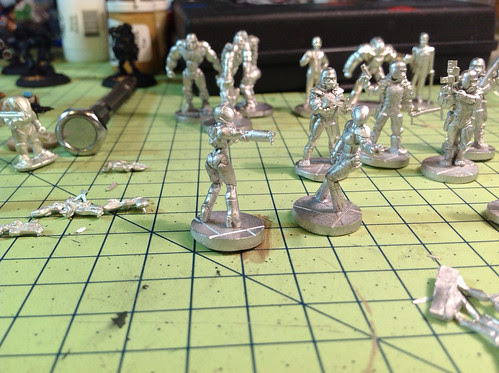 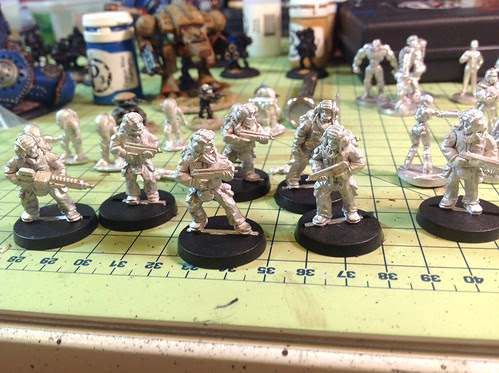 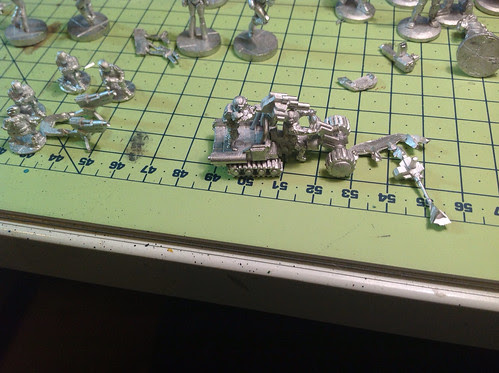 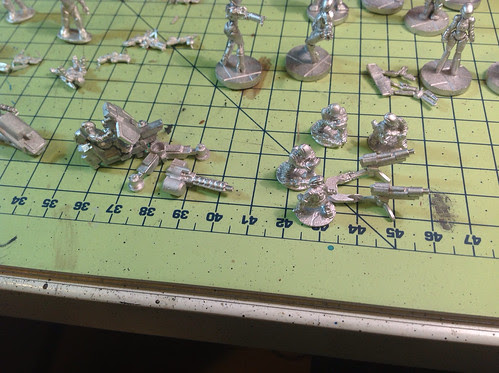 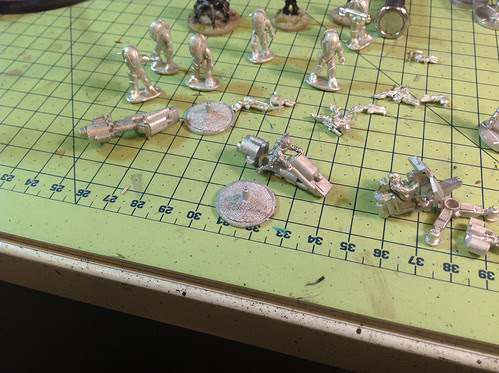 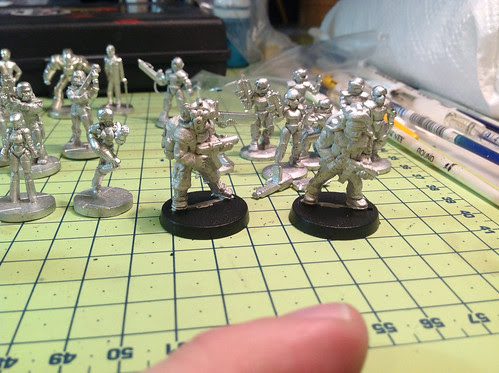 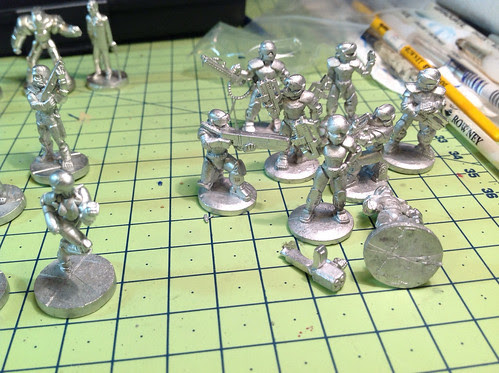 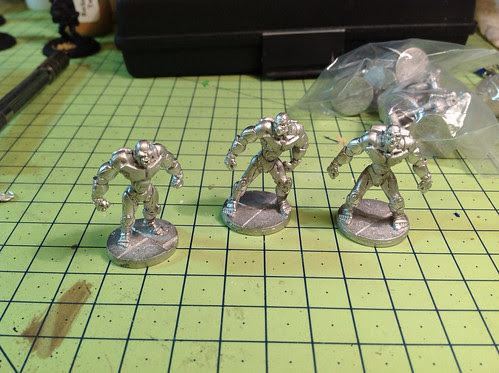 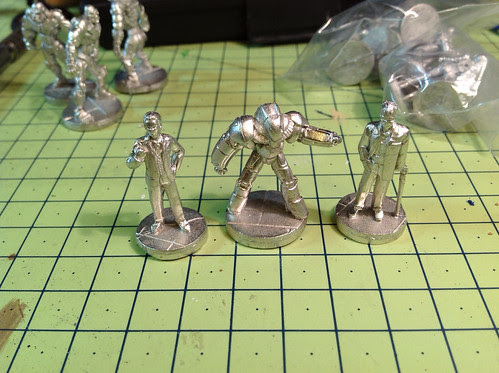 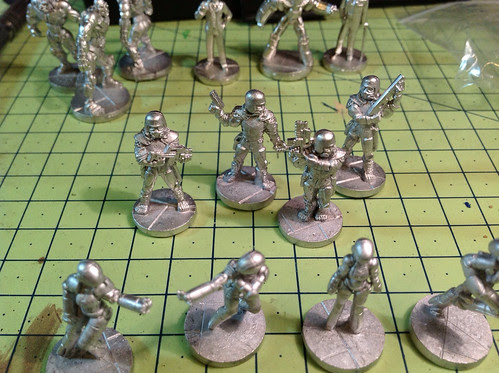 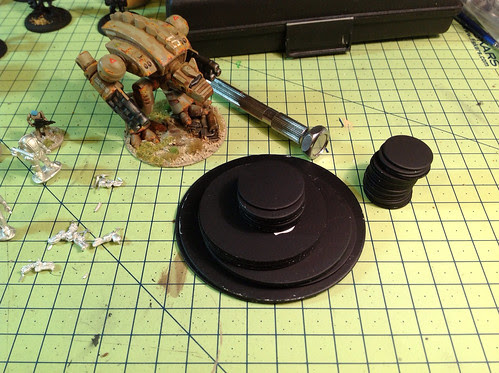