S6 Engineering have released the new Gruntz area effect, flamer/spray and vehicle/gruntz movement templates. You can pick them up directly via the S6 Gruntz order page here: http://www.s6engineering.co.uk/gruntz.html  The tokens for use during the game are available in both a clear coloured version or opaque.  I prefer opaque because you can very clearly associate the token with the appropriate condition. For example the white skull representing the "Waxed" condition is easy to identify compared to the yellow suppressed token.  The option is there for those that prefer the fluorescent colours but I would suggest you go opaque for easier recognition on the table.

The Gruntz flamer template has a mark line at 6 inches to represent personal flamers/spray compared to the 8inch full length for vehicle flamers.

The Area Effect template is also multi-role on the battlefield. It can be used as a 2inch, 4 inch or 8 inch area effect template and also includes directly markings for a D6 Deviation roll. If your artillery fire is deviating, simple roll the dice to determine the direction, whilst holding the template over the original target. 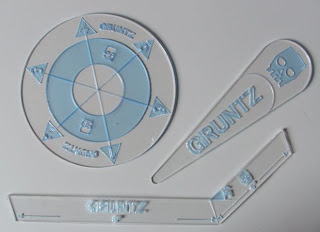 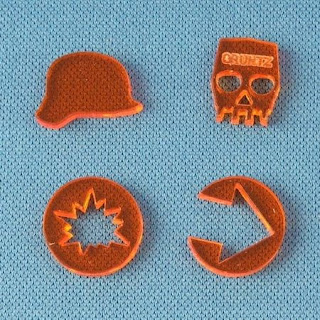 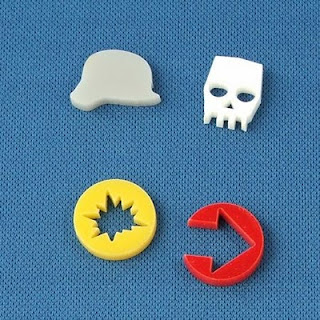 Movement and Area Effect
Posted by inrepose at 20:19