I was playing around with camera's and models this evening and decided to take some photos of some older Battletech Mech's I have in the collection.

On this Marauder painted in around 1999 I used real Sapphire Jewels I purchased on ebay to represent the lasers. They were around 30p per Jewel so not cheap, however at the time I was obsessed and on a hunt for the perfect way to show laser / PPC (Particle Projection Canon) weapons on small miniatures. More photos of these older models are up on the Flickr.com site.

The following Caesar Mech I attempted to paint a pilot into the cockpit. 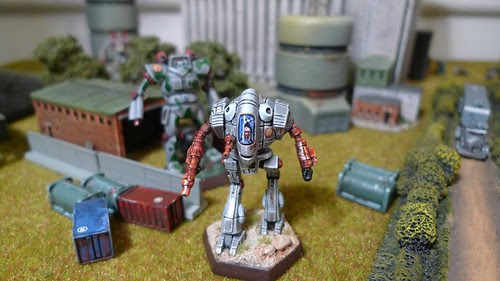